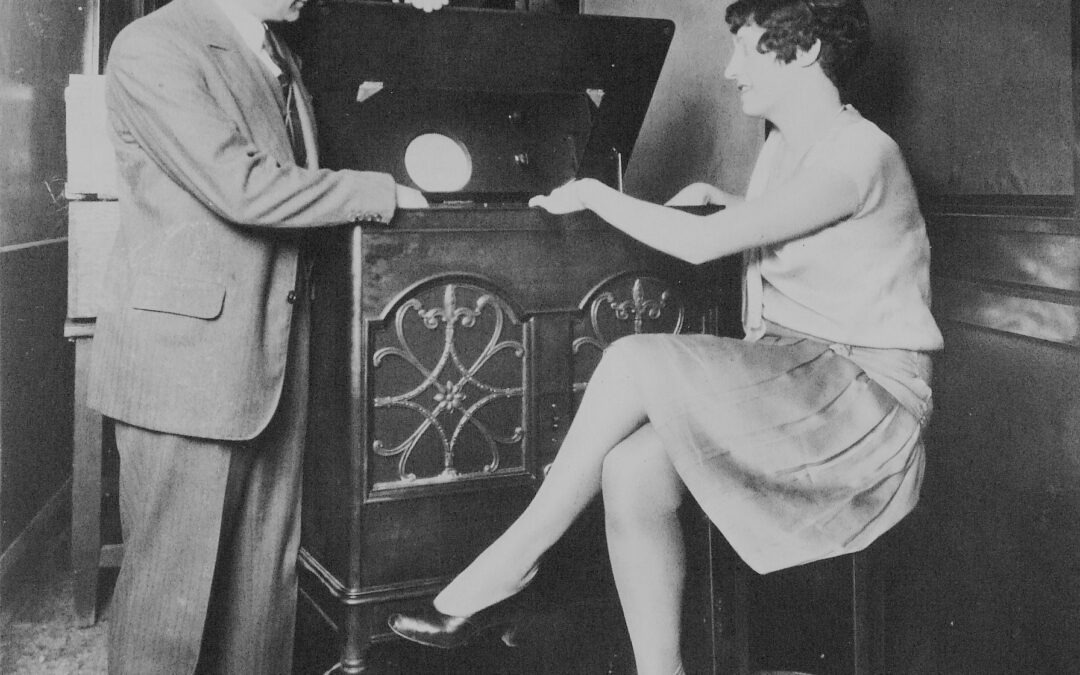 His experiences relating to Vladimir Zworykin

At the 1933 Century of Progress Exposition in Chicago, Westinghouse Electric and Manufacturing Corporation demonstrated a complete microwave communications system that used a magnetron tube developed by a young researcher named Ross Kilgore.

The following is an interview with Ross Kilgore, made on June 3, 1989:

My name is Ross Kilgore and I was born in Fremont, Nebraska in 1907, graduated from the University of Nebraska with a BS in EE in 1928 and left immediately to go to Westinghouse in East Pittsburgh, joining the Westinghouse Student Course. I began work at the Westinghouse Research Labs in 1928, even though I had an offer to go to Bell Labs. I had spent the summer of 1927 at Westinghouse between my junior and senior years. While I was working, I managed to get a Master’s Degree at University of Pittsburgh in 1931.

In the research lab, I was assigned to work with the group doing acoustics and early talking movies. The manager of the research lab at the time was Samuel M. Kintner, a man of some fame in radio. I didn’t realize at that time that he was a close associate of Reginald Fessenden, one of the very early radio inventers.

I was assigned to the physics division and after about a year, I had an opportunity to go with Dr. Mouromtseff in the power tube section, with early microwave work. During that time I was aware of Dr. Zworykin who was working on Facimily and Television. Some of the names under him I recall was Harley Iams who had quite a bit to do with the iconoscope and, later on, the orthicon development. There was Arthur Vance, Randall Ballard and then there was John Batchelor who worked on cathode ray tubes.

Zworykin had a laboratory in the old research labs above Ardmore Boulevard. and later on he had a lab in East Pittsburgh in what was called MS-20. It was the old machine building right down near where the Westinghouse bridge was being built. I didn’t work directly for Zworykin, I knew him…saw him a number of times. We actually shared an office and a laboratory – and they had a screen room down there in which they had some early television equipment which ties in with me in a remote way. When they left to go to RCA, they left that equipment in the screen room for demonstration purposes and I was taught how to operate it. I had to demonstrate it a number of times but eventually the equipment wouldn’t run any more and so we couldn’t demonstrate it! That’s my closest tie with television.

I know that I was assigned to the power tube section of the physics division of the research labs in December of 1929. About that time, or shortly there after, a group of Zworykin’s people moved down in the same laboratory with me in East Pittsburgh as an adjunct to the work that was going on in the research labs up at Ardmore Boulevard. And I used to see Zworykin occasionally come into the laboratory. They were using a mechanical scanning system on film which was shown on a cathode ray tube and it had quite a good picture. That was done in the screen room.

I remember an incident up in the research lab, before I moved down to East Pittsburgh, I was working up on the third floor of the old research labs. Across the hall was one of Zworykin’s labs and John Batchelor was building experimental cathode ray tubes. And one day I remember seeing, either in his room or out in the hall just opposite my room, Zworykin came up and they had one of the early television sets there and one of the secretarys, Mildred Bird, her name was, sat on a stool and looked at the TV program and they took pictures! I’ve seen that picture somewhere in a magazine. But I actually witnessed that publicity shot. Yes, it was right outside the room where I was working…I remember watching it. It certainly was in 1928. That I recall.

About this equipment that I was to operate after Zworykin left for RCA, I can’t remember too much about it. There was a film apparatus that was pulled through at a continuous rate and a scan with a light beam and a video signal that went into a cathode ray tube that was probably not more than 10 inch diameter face. The pictures were quite good. I don’t recall much about the details and I didn’t know too much about television principles. I was just taught, as an operator, how to use the equipment. Radio Engineering magazine of December 1929 describes the equipment which I was working with; Television with Cathode Ray Tube for Receiver. The pictures in that look exactly like what I saw.

I had no real personal contact with Zworykin at that time, although in later years – of course I went with RCA a number of years later – and we all got together again eventually at RCA laboratories in Princeton. Several of the early workers were still with Zworykin, although some of them had gone on to other activities. I did see Zworykin

I was laid off from Westinghouse in 1934 when they fazed out the work they were doing on microwave tubes and I was looking for a job and Zworykin tried to help me get a job at RCA. As a matter of fact he arranged for an interview at RCA in Camden. I also had interviews at the RCA tube division at Harrison where I eventually wound up. I remember discussions between Zworykin and the fellow who eventually hired me, B. J. Thompson, and they basically said I could have a job at either RCA Camden or Harrison. I chose to go to Harrison.

Then I saw Zworykin a few times after that. I remember having lunch with him around 1935 in Harrison once with a group. And then again, of course, we all joined together at RCA Laboratories  at Princeton when that was started up. And the groups from Camden and Harrison joined together.

And my last personal contact with Zworykin came about 1960. We both attended a wedding in Princeton of the daugher of one of our mutual friends. I had quite a conversation with Zworykin at that time. I think that’s the last time I saw him.

I had a high regard for Zworykin…I had lunch with him a few times…he always spoke in rather broken English. I consided him a very fine person and very helpful to me. He was a man of real vision. When I talked to him in later years at RCA, he was always getting new ideas and at that time he was particularly interested in medical electronics. I guess that took up quite a bit of his time in his later years. A man of real vision and a very nice gentleman.

Speaking of him reminds me of my own boss at Westinghouse in the power tube section, Dr. Ilia Mouromtseff. It’s an interesting connection there. He is also another Russian immigrant; in fact I recall that Mouromtseff told me that he and Zworykin both were in the Russian signal corps during WW1 and Mouromtseff was Zworykin’s superior officer! So quite a few of the things I know about Zworykin I learned from my boss, Mouromtseff, with whom I was very, very close indeed. And he also told me a little bit about Zworykin’s early work.

Incidently reading from some other literature I have here, I realize that I hadn’t known before, that Zworykin studied under a Professor Boris in Russia who had probably the earliest ideas of electronic television. Zworykin and Mouromtseff both came to Westinghouse in the early 20’s. I don’t know which one came first.

When I joined Westinghouse in ’28, there were a great many scientists of that type that had come over after the Russian revolution. In addition to Zworykin and  Mouromtseff, there was Dr. Nickolas Roshefsky and his brother, there was Dr. Timoshenko – quite a famous mechanical engineer, there were a whole bunch of Russians and they were all brilliant people.

I do remember talking quite a bit to Arthur Vance. We told me about his discussions he had had with Zworykin about how to generate microwaves. Eventually some of the tubes I developed we gave to Zworykin. This generated interest at RCA about getting into microwave work.

During my early years at Westinghouse I was connected with Glen Hanna’s group doing early photophone work. That was done in East Pittsburgh in the Standards Lab. We had built a studio to demonstrate the photophone system that Hanna had developed. One particular thing that stands out for me was the day we demonstrated that for no other person than David Sarnoff. I was just there as an assistant in the projection room and I remember seeing the great Dr. Sarnoff come and look at the Simplex machinery. He said, “Well, we can spy out that company and for a million dollars or something…” But he made some remarks like that as I was standing right along side of him. So that was one of my early contacts with Sarnoff.

Once much later, Dr. Armstrong came thru the RCA laboratories and I demonstrated to him some of the early microwave work. I remember him saying to me, “Ross, keep up the good work!” He was quite a bit more personable.