The most imortant skill you need to collect military radios is the ability to speak the lingo. “SCR”? “BC”? “TM?” Who or what was “COL”? The military had a huge nomenclature system that need not be mastered. But if you want to find parts for your “ATD” then it might help to know that it is a transmitter!  At the peak of the military surplus collecting frenzy of the 1980’s, there were many great guys involved in the hobby who wanted to help preserve their collections and even donate time to making sure the Smithsonian collection was in good order.

One of the big Smithsonian radio collecor/restorers was Mike Hanz. Among other things, he did significant work on the radio section of the Enola Gay. Another guy, whose contribution was more subtle but no less important was Ray Mote, W6RIC (now SK). Ray literally wrote the book on military radio nomenclature. In a huge labor of LOVE, he compiled the rosetta stone of WWII-era military radio manuals and terminology.

I just did a search on the web and was disgusted to find hat Ray’s work does not seem to have survived intact anywhere. Bits and pieces of it are scattered over many web sites, mostly with Ray’s name removed (SHAME!). Part of this was Ray’s fault. As he completed each section of his work, he simply released it on the internet and interested webmasters could catalog it on their site or not, as they chose. Most of Ray’s stuff could be found on THEPORCH.COM. THEPORCH still exists and still has the archives of the BOATANCHORS site that it once hosted. If you want the files that Ray created, go to THEPORCH.COM, become a member of BOATANCHORS and get access to the archives. From there, you will have plenty to do for the next several months!

I printed a lot of Ray’s work out in 1995 and have kept the printouts ever since to use as a reference. Copies of the front page of each section I have are shown in the gallery below. If you have not seen these references created by Ray Mote, then you MUST become a member of BOATANCHORS and go get copies of this stuff.

In the second part of this post, I will discuss official US military references that you will find useful. 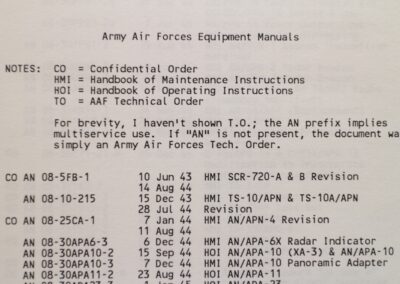 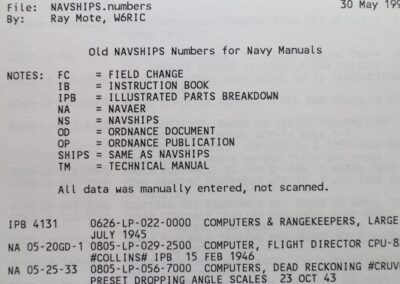 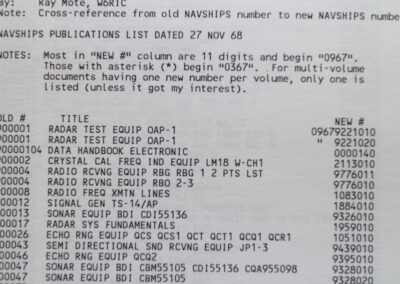 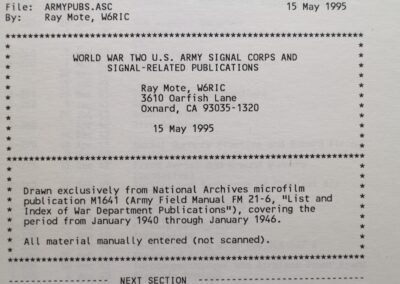 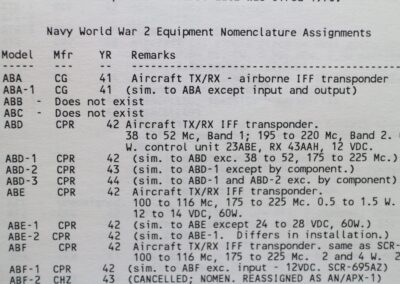 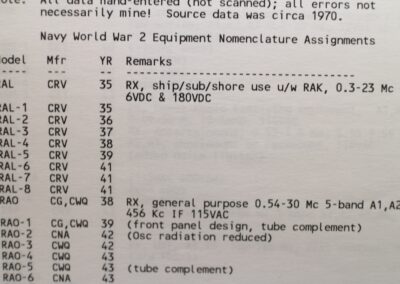